A friend has fox cubs that have started to visit their garden; so of course I HAD to go and see them.  I was told they turn up at dusk, so I made sure I was there by 20:30 and settled into a garden chair.  I was slightly surprised when a face appeared out of the hedgerow at 21:26.  This was quite a bit earlier than expected.  Initially there was only one cub, who stayed close to the hedgerow.

He disappeared for a while and then I saw him sprint across the bottom of the garden, he worked his way round the back of the garage and was later spotted using the cat flap to get to the cat food in the shed!  The owner is now fully aware that it’s not the cat eating the cat food!!!

Another cub stuck his nose out, and then a second joined him, after a few minutes they ran off; there was some quiet barking from behind the hedgerow.  What we believe was the vixen wandered into the garden followed by one of the cubs, they moved off and out of the bottom of the garden.  In total there are three cubs and both parents. 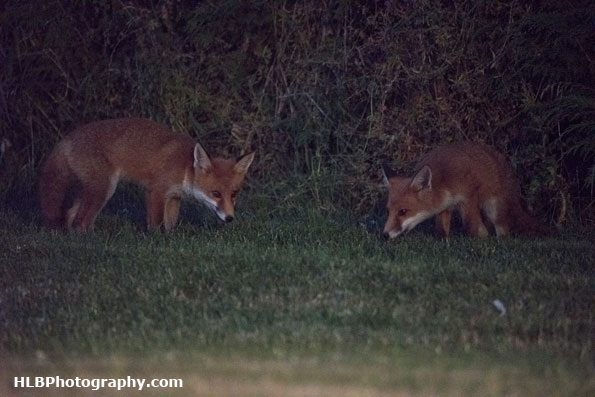 I went back again a couple of days later – they are only cubs for a short while and I wanted to see them again before they go their separate ways.  They were a lot more wary tonight, I’m not sure why as I did exactly the same as the night before, the only difference being the cat that was wandering around a bit.  They did come out of the hedge but only slightly and didn’t hang around.  I retreated into the house and sat just inside the back door; they then ventured out further into the garden but didn’t stay about for long. 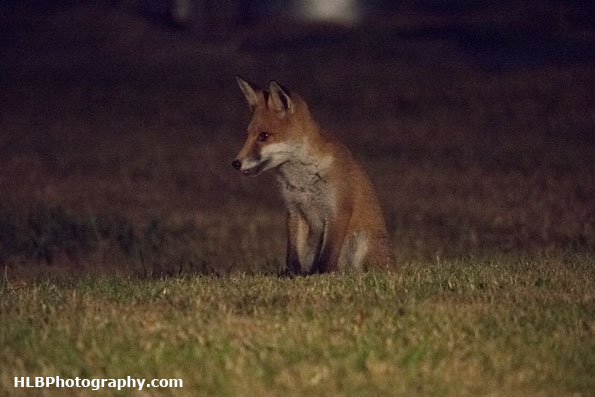 I went back again the following night.  They were out in the field at the bottom of the garden.  There are often rabbits in the field so I guess it is a good hunting ground for them.  A dog fox walked across the field, we don’t think this is the father of the cubs, but what I did notice is that he doesn’t look quite right, his snout looks short? 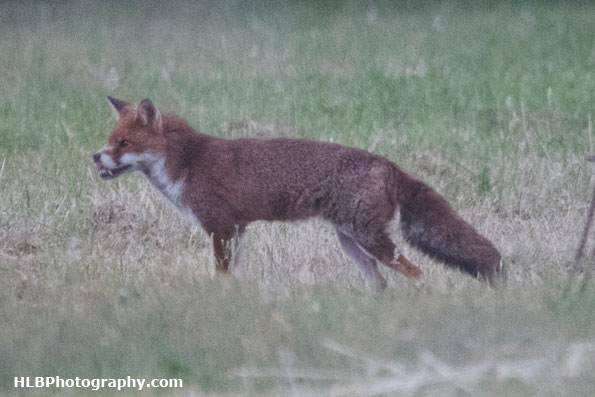 I guess he must be doing okay as he looks quite healthy but I’m not sure what would have caused it, I guess he could have been born like it. There were a lot of people out in their gardens which didn’t seem to bother them while they were in the field, but they didn’t come very far into the garden until it was dusk and I had retreated to the kitchen.  I guess it’s a good thing that they are wary of people as it will help them survive longer.  I don’t believe there are any hunts in the area thankfully and the parent foxes have been visiting this garden for a couple of years now and this is their second litter of cubs that we know of. 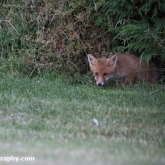 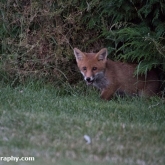 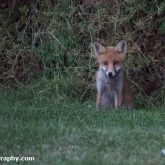 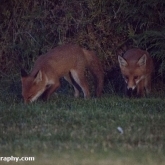 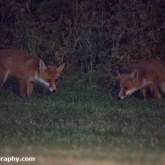 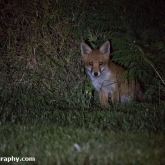 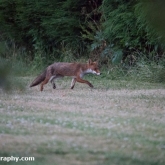 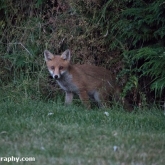 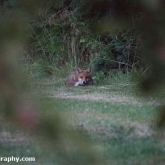 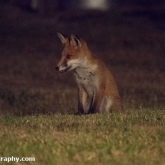 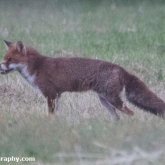 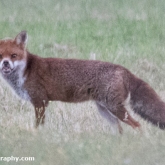 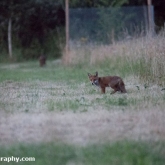 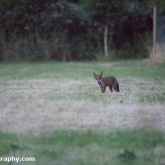 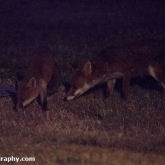 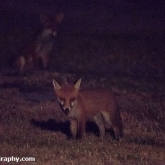 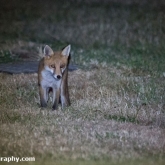 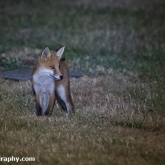