When I last wrote about the garden on May 27th it was still looking rather unloved, as you can see over the summer it has been developing rather well 🙂 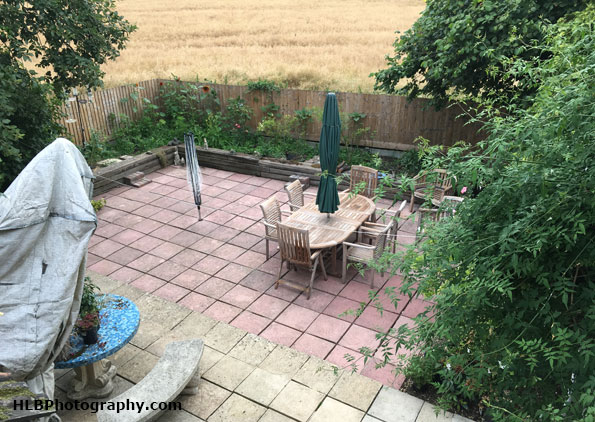 I was concerned that I would only have a sparse covering of wildflowers this year, I was partially right.  Now I planted half of the garden a few weeks before the other half and with a different brand of seeds, so, there are a lot of variables to take into account.  The part I planted first really took hold and is full of greenery with some flowers in bloom.  The other half, well, its more soil than it is greenery!  Some ‘things’ have grown under the roses but I’m fairly sure they have naturally occurred and are not what I sowed.  I have left them as at least its vegetation protecting the soil from the intense heat – I am yet to investigate what they actually are, mainly because they are all leaf!

As plants have been flowering I have been taking photos and doing my best to identify them, so far I think I have: Red Dead-nettle, Great Willowherb, Love-in-a-mist, Corncockle, Cornflower and Hollyhock. 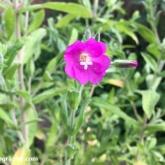 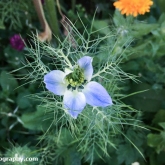 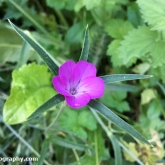 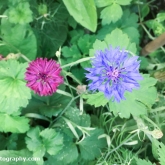 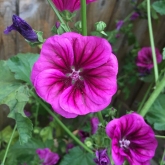 and lots that I still don’t know what they are! 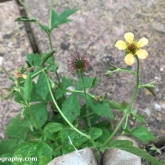 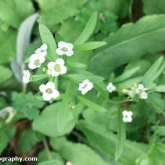 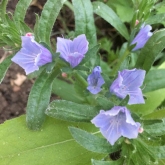 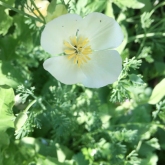 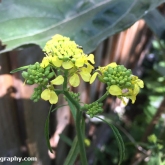 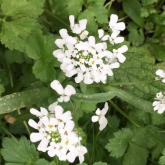 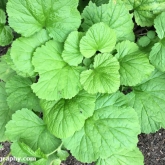 The stinging nettles haven’t come through the fence as much as I thought they would, so have not been too much of a problem, but the ivy is starting to come in again and bind weed has been untangled from a sunflower!  The Velvet Queen sunflowers are doing really well and are still flowering. 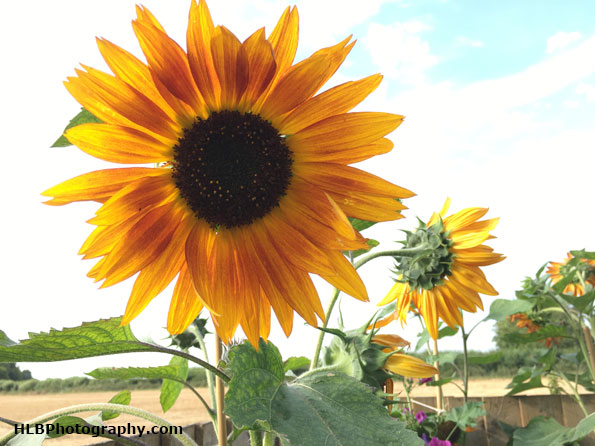 The sunflower seeds that I sowed back at the beginning of June have grown into strong plants and have been planted out into the garden, I actually had more than I expected and a few are in pots.  The birds have also been helping to grow sunflowers and I had two spring up that are doing really well, other smaller ones have been eaten by the slugs and snails.  To help with this issue I ‘collected’ the snails that I could find and took them on vacation; out into the field!

What I have noticed about the garden is the section by the pond is in a lot more shaded than I initially thought it would be, this could be part of the reason why there is very little growth occurring there.  Next year I either need to sow plants earlier or I need to make sure that only shade loving plants are put there.  I’m not sure what route to take yet, I want to see what they do during what’s left of the Summer/Autumn.

I have also relocated all of the pots to one location in the garden, it makes them easier to water and also adds more greenery to the borderless sections.  I have a few plans for developing it further next year to add more flowering plants and already have a very small lavender that is destined for one of the currently empty pots!

One of the things I like about working in the garden is the sense of achieving something. If it’s 10 mins looking after the tomatoes or 15 putting supports in for some of the flowers you can see what you have done. After a long day at work feeling like you have been wading through mud it’s nice to have a sense of achievement at the end of the day.