Okay so the title of this blog is probably a tiny bit misleading… well… at the moment anyway!  As you know I spend a lot of time inspecting what is in the field and the garden next to the field.  I love the view through the garden gate into the ‘secret garden’ of the field beyond. 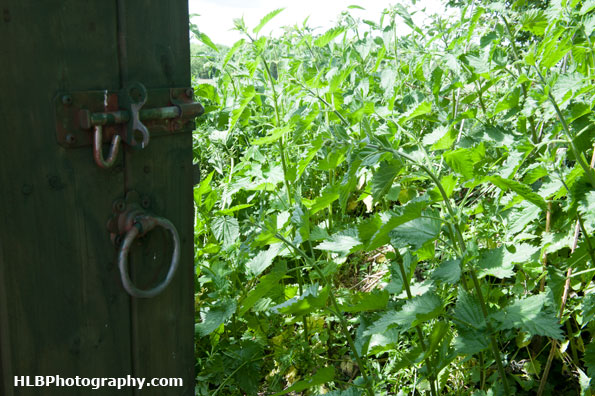 As my knowledge has increased I have noticed this year how ecologically barren the field really is.  Yes the field margins look lush and green, but if you look closely there is very little diversity in the plant life.  So I have taken it upon myself to ‘rewild’ it a little.

Now the farmer that rents the field sprays it with what we assume are insecticides and herbicides, from what we can tell he uses direct spraying so hopefully it won’t destroy all of what I am trying to create.  I should add that the owner of the field has given me permission to work on a patch of the field to see how it goes.  The patch I have decided to use is just outside the garden fence.  There are a few of reasons for this A) easy access B) the farmer can’t cut it down before they harvest the crop as the combine can’t cut that close to the corner! and C) it is full of common nettles and cleavers.

To start work I had to clear a path through the nettles and cleavers to be able to actually get out into the field. 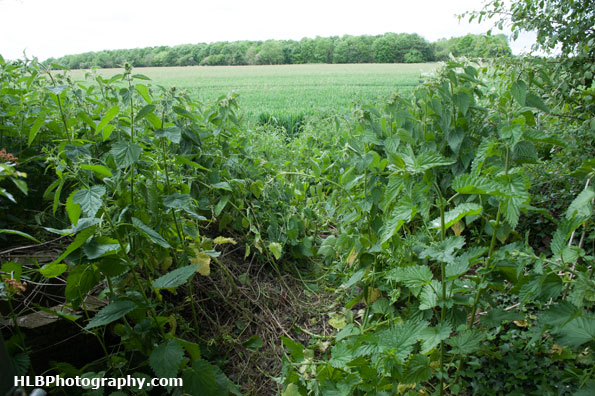 I then began to clear the cleavers doing my best to leave as many nettles and cow parsley as I could; I did discover that although I thought there were lots of nettles, there wasn’t, it really was all cleavers. 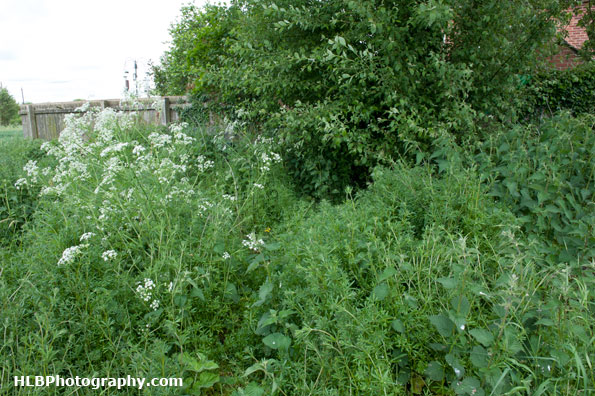 Pulling the cleavers up revealed no life underneath them at all, it was just soil.  I did feel bad pulling up the greenery as it looked horrendous leaving bare soil; however I know, if all goes to plan, the results will be better for our pollinators than leaving it as it is. 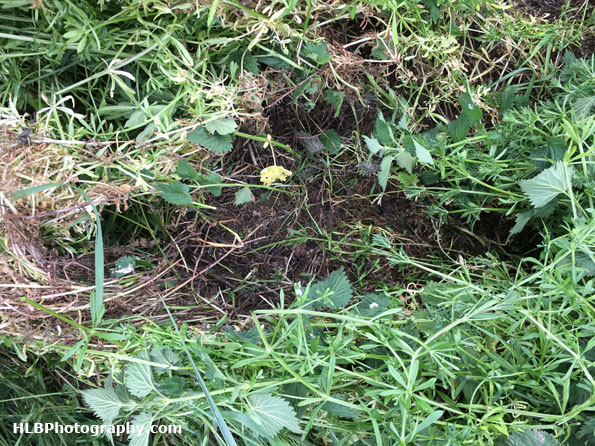 A few weeks ago I moved a prickly sow-thistle from the garden and put it out in the field.  I was pleased to see it survived its move and was even in flower, I was more pleased when a bee came along and had a look at it.  It dawned on me that the only obvious flowers in the field were the cow parsley.  I am hoping that as summer progresses I will see more of a variety appear but I don’t hold out a lot of hope. 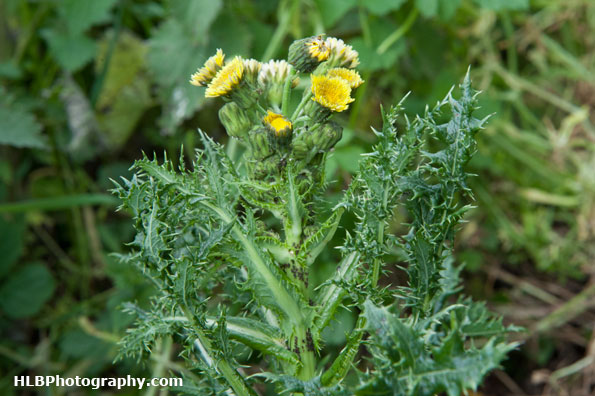 I thought I was going to clear a ‘good patch’ of field margin but when it came to it I cleared a little patch!  Partly this decision was down to the fact that everything I was pulling up had to fit in the garden waste bin!  It was already partly full and what I had removed would have filled it three fold! 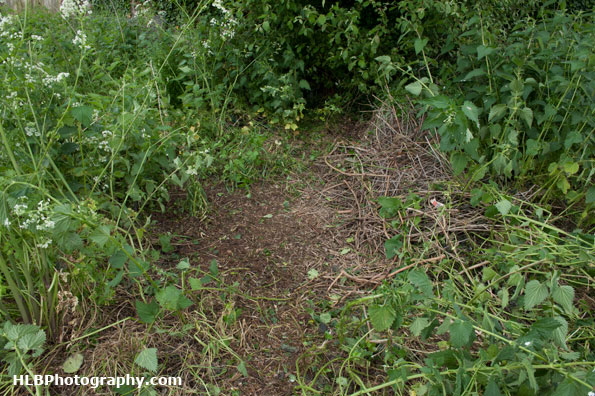 However the little patch was enough for me to make a start, I planted out some teasels and cornflowers to see how they fared.  I decided five of each would do, as if they didn’t take to their new home I didn’t want to kill lots in one go! 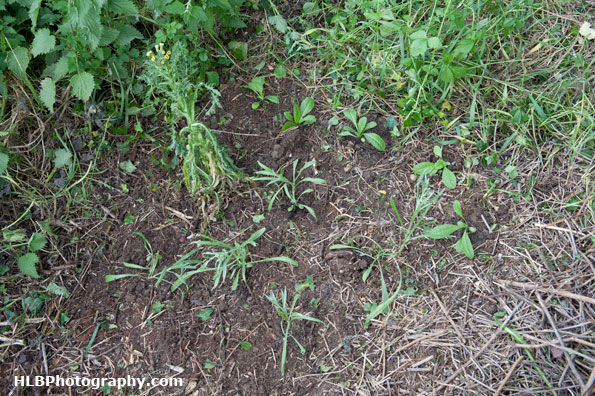 When I checked on them the next day they looked quite happy 🙂  I do plan on watching the field more closely this year to see what plants naturally occur, then maybe next year I can boost their numbers by growing more from seed!  I may need a bigger greenhouse!

In the next week or so I will be planting out more teasels, cornflowers, oxeye daisy, common fleabane and red campion and maybe even clearing some more space!