Last year there were lots of common nettles (urtica dioica) in the field just next to the fence for the house.  I didn’t really pay that much attention to them but as my interest in botany and entomology has developed due partly to last years’ 30 Days Wild I have been paying a lot more attention.

Common nettle, also known as stinging nettle is the one which we all would have met at some point in our lives, the one we all learnt from a young age; the one that hurts!  This year I have encouraged the nettles to grow by insuring the area they occupied last year has been left undisturbed.  They grow from seed from the previous years’ distribution but also over winter as rhizomes of the previous years’ plants. As a food plant for the caterpillars of the small tortoiseshell and peacock butterflies I thought it was important to have a patch growing in the field which I can monitor. Although common nettles are widespread many people remove them from their gardens as they are seen as a weed and of no purpose – I hope as more information about plants and planting for wildlife become better known, people will embrace the common nettle.

This evening I spent some time in the field investigating the nettles to see if I could find any of the 40+ kinds of insect that it supports. In total I found 11 insects and suspect there were a lot more hiding deeper in the nettle patch. 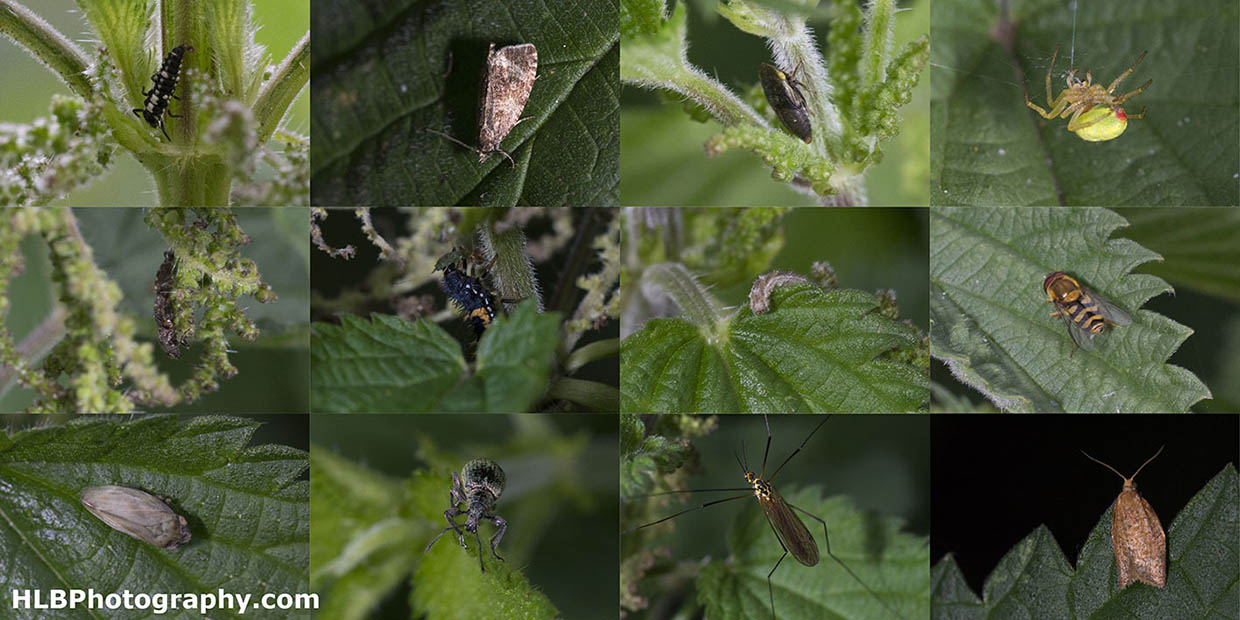