We have had hedgehogs visiting the garden for the last three years, I think we have three in total but we only ever see two at the same time.  They vary in size and that is why I think we have three.  Last night each hedgehog headed straight for the water bowls as soon as they entered the garden.  We have been filling them up each night, which is vitally important for them in this hot weather, what they don’t drink over night the birds have as reserve water until the bird bath is topped up in the morning. 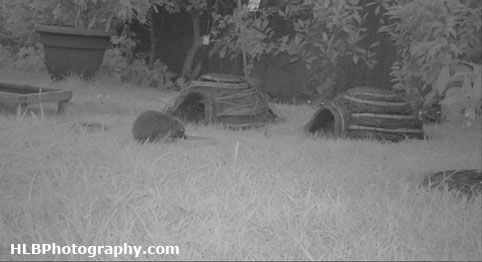 Last night we initially had one hedgehog show and then 15mins later a second turned up.  They didn’t get too close to each other but they didn’t argue.  There were two hedgehogs out the front of the house the other week that were barging each other around and making a lot of noise!  For some reason last night they both ran off at the same time in the same direction, I hove no idea why as nothing showed up on the camera.  We do have a lot of cats who use the garden as a corridor, they generally just pass thought and don’t stop.  Both hedgehogs did return not long after though. 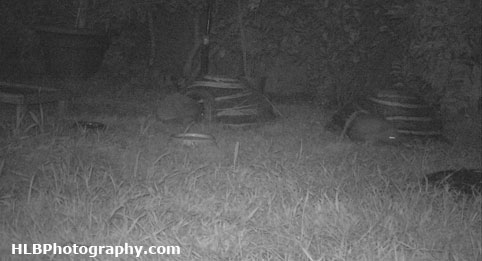 We know that at least one of the hedgehogs gets to the garden from the road side of the house, we generally know when it arrives as our house rabbit sits and listens, facing the wall it walks next to! the other looks like it comes from the back of the garden through the fence.

A year ago this April was my first visit to my patch and my first blog about it.  The year seems to have flown by far to fast!

Now daylight saving has occurred and Spring has finally arrived, my evenings are filled with visiting the patch or garden after work when time allows – the garden has been top of the list because I want to get the wildflower seeds in!

April 5th – The starlings and jackdaws were all collecting nesting material and flying up to the roof. I need to try and locate where they are all nesting in the roof. I’m sure the jackdaws are using the chimney and facia boards as they did last year but need to do more research on the exact location of the starlings.

April 9th – Two mute swans flew in to graze and a rook landed on the bird feeder. It’s the first rook I have seen land in the garden area. I am surprised that the mute swans are still about, although low in numbers now.  Last year they didn’t stay as long, though it was a different crop in the field.  I can only assume they will visit as long as there are shoots to graze on.

April 10th – I put the trailcam out last night after thinking I had identified hedgehog feceas in the garden, I was correct 🙂 There are also loads of baby snails in the garden; feasting on the cyclamen leaves.

April 12th – I went to put some food out for the hedgehog and discovered that he had already found some! 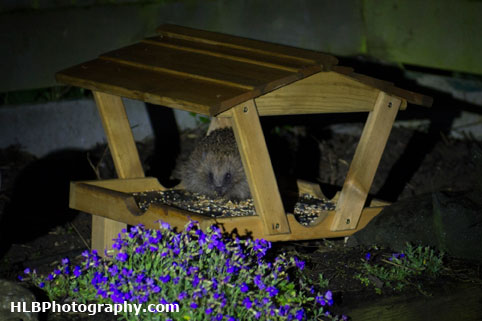 There are definitely jackdaws in the roof, you can clearly hear them chattering through the ceiling of one of the bedrooms 🙂 the occupant of the room isn’t so pleased about it!  I wish I lived there, it would be lovely to wake up to them chattering every morning.

At least we now know that a fox is visiting the garden! It explains where the cat food dishes have been disappearing too!

April 19th – The deer were in the field first thing, barely noticeable in the rape. 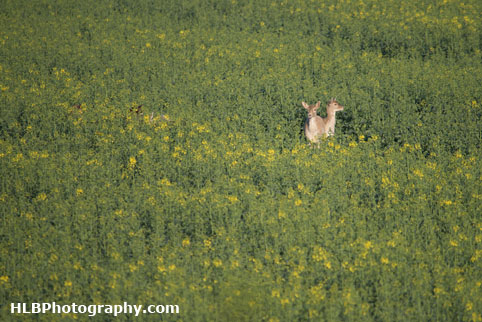 April 20th – I took a short walk in the field this afternoon, to be honest it was a bit too warm to be doing so.  The oil-seed rape has sprung up since the weather has improved which does mean it looks very pretty now.  Along the field margins are many 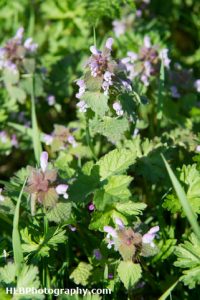 wildflowers; dead red-nettle, etc The stinging nettles which are now great in number are camouflaging the rabbit holes rather well! I know this as I managed to put my foot down one, thankfully it had been dug out at an angle and not a direct drop! I may have to tie ribbon to the hedgerow to mark out where they are! There were bee-flies, and numerous butterflies; brimstone, small tortoiseshell and peacock all of whom didn’t want to sit still for long enough for a photograph, when they did they kept their wings firmly shut! There were also some white butterflies in the distance but I couldn’t clearly identify them. I could hear the pheasant calling down the bottom of the field, he is quite vocal these days. In the hedgerow I could see house sparrows and blue tits, while woodpigeon’s and crow’s were flying over overhead.  On my walk back I didn’t fancy my chances with the rabbit holes so walked along the track just the other side of the hedgerow, the deer were grazing in the next field over 🙂

April 24th – there was a toad in the garden.

April 25th – a starling took a leaf under the roof tiles, a different location to where I noticed them the other day.

April 30th – a jackdaw was sat in the tree with a beak full of fur! I heard my first cuckoo of the year 🙂 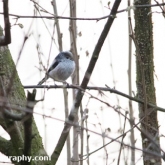 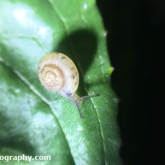 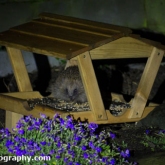 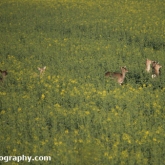 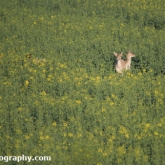 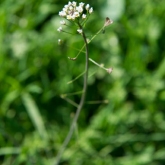 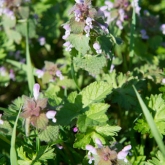 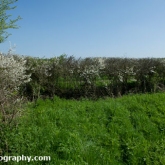 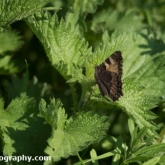 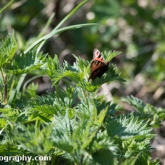 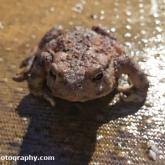 This year I want to blog about 30 Days Wild more regularly. I’m planning to post a blog every 5 days, I will do my best to keep to the schedule but it might change and adapt as we move through the month. I take my hat off to the amazing bloggers that manage to post everyday. I am Tweeting everyday so if you want to follow along there, as well, you can find me @_HannahBaker 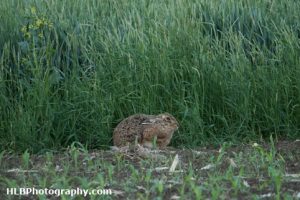 Day 1 – ‘Spot a wild mammal’ – I decided to go out and look for rabbits to photograph. I drove down the farmers tracks along side my patch, so I could cover a bit of ground. I did find a couple of rabbits but they were out in the open on the track itself. I walked towards them but they were very skittish and ran off very quickly. I went to another nearby field where out of the corner of my eye I thought I saw a Pheasant, but reversed to have a better look. I was so please to see a Brown Hare. It was far enough away that I could get out of the car and get a little closer. It was sat eating either crop or actually I think it was eating the grass growing along the edge of the crop. It didn’t seem bothered by me so I took a few photos and watched it for a while. I drove further down the track and disturbed another Hare that darted into the crop but then came back out. I again was far enough away to be able to get out of the car but as it was closer this time I was very weary not to spook it. I moved extremely slowly round the car.  Again it didn’t seem to mind me being there. I didn’t want to disturb it too much so took a few photographs and moved on. I hope to go back another day to see if they are there regularly.

Day 2 – 30 Days Wild was a complete surprise. I was driving to work when a bird caught my eye. It wasn’t obvious to me what it was so I pulled over to look properly, it took me a few seconds to realise it was indeed a Barn Owl. I sat watching it and only when it was flying away did i think to grab my phone to take a photo. I so wish I had had my camera with me!

Day 3 – Today I decided to ‘Read a wild book’.  Meadowland by John Lewis-Stempel has been on the book shelf for a little while now, a present from my Mum.  Today it was calling to me and I’m glad it did.  I am two chapters in and am finding it a very interesting read.  I was excited to learn about Tithe Maps which were drawn up between 1836 and 1852 and they are a great source of information if you are interested in field names.  I wonder if ‘my patch’ has a name other than being referred to as ‘the field’?

Day 4 – We put a TrailCam out the in garden every few days to check on the night time garden visitors.  We regularly see two to three Hedgehogs, a Mouse and we think we have two different Foxes that visit (one seems bigger than the other).  Last night we had two Hedgehogs, a Fox and a Mouse.  Generally the Mouse is just seen as two little eyes shining out of the flower border; so far the neighbourhood cats have been unsuccessful at catching it thankfully. The Hedgehog and Fox seem happy to feed together although the Fox did seem a little jumpy and moved away from the Hedgehog to start with. 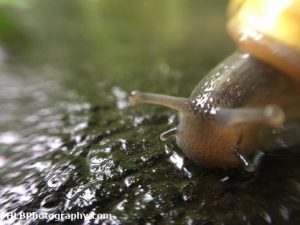 Day 5 – All it has done today is rain! The garden however is now covered in Slugs and Snails.  We never put down any repellent because of the Hedgehogs, we let them tidy up the garden; they will have a good meal tonight 🙂 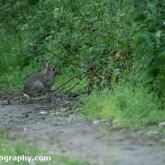 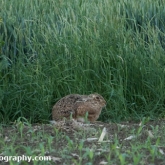 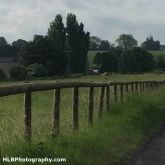 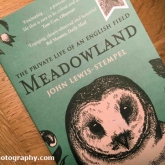 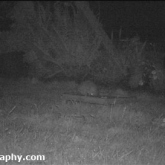 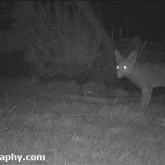 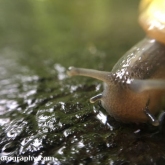