March 6th – This evening I spotted a moth on the kitchen window just as I was about to go home.  I stepped outside to have a closer look, once the light had come on I realised there were about 6 moths flying around and 9 on the window.  I quickly went to grab my camera to get a picture as I had no idea what type it was.  I found something in my insect book that looked similar; a common Quaker so I went online to see if I could find more images to clarify.  It wasn’t the right moth but there were also images of a small Quaker which I was 99% sure it was.  I posted my image on Twitter and @MothIDUK kindly confirmed my ID was correct. 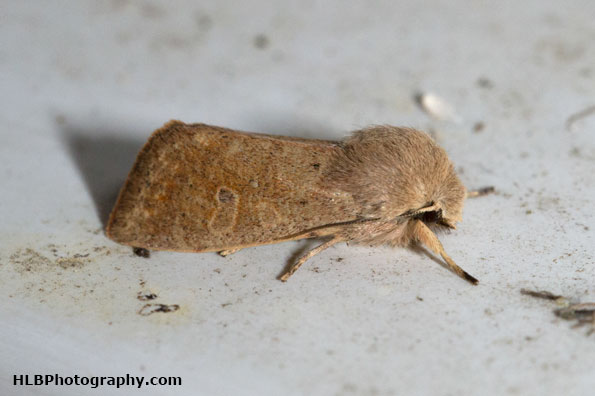 Small Quaker generally live in deciduous woodland and are on the wing from March to April.  They feed on sallow blossom, which explains why there were so many in the garden – the goat willow is currently covered in catkins with their green/yellow pollen 🙂  The larvae feed in early summer on deciduous trees including willow so I will be looking closely at the tree later in the year to see if we have any larvae.

March 11th – When I got to the field this morning I was told there were brown hares in the field but I would need to look out of one of the upstairs windows to see them.  One was led down and the other ran across the field as I was watching them.  I love seeing the hares as they are so secretive it is very special to see them. 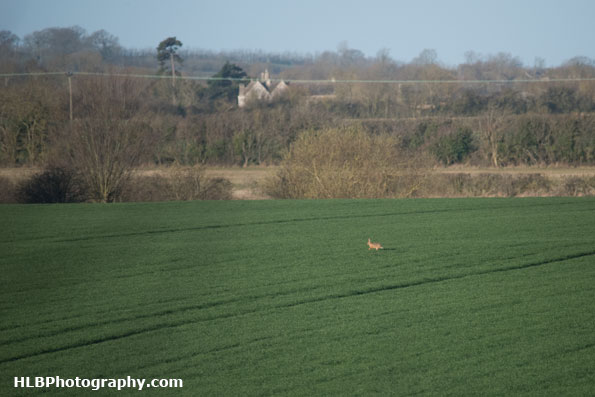 March 13th – there were 9 fallow deer on the far side of the field tonight.

March 14th – there were 25 fallow deer in the middle of the field tonight.  I do worry about them as the white ones really do make the herd stand out! 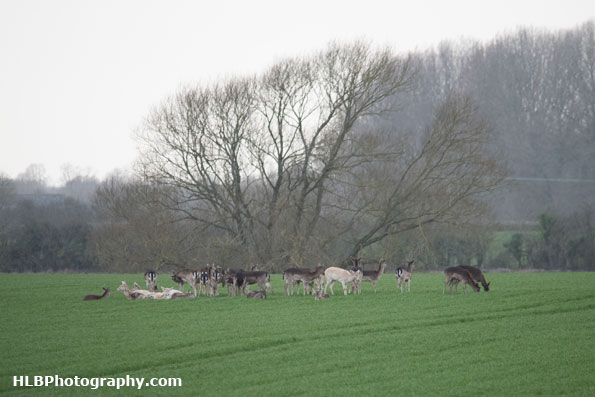 March 20th – there was a pheasant in the garden under the bird feeder! I have a feeling he may become a regular visitor!

March 21st – tonight I went out to listen for tawny’s but again there were none.  Whilst I was listening I was also looking; for cellar slugs.  The RHS is looking for people to submit their sightings of yellow cellar and green cellar slugs to their iRecord recording page.  They are looking to find out which garden features may influence where the slugs are located.  I found 18 green cellar slugs but no yellow.  The yellow cellar slugs are in decline so any sightings are really important.  I’m going to try and complete a search once a month, the slugs are nocturnal so make you have a fully charged torch before heading out for this survey! 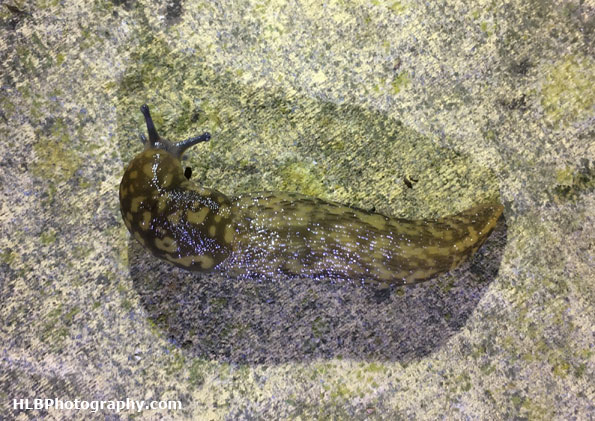 I heard a noise and thought it could be a fox over the other side of the fence, stepping up onto the raised bed a bat flew over my head and was illuminated by my torch light 🙂 I discovered the noise I thought I heard, it was in fact in the garden, I think there is a hedgehog rustling around in the leaves.  I will have to put the trail camera out next week to find out for sure.

March 22nd – the pheasant was back again this morning; I managed to get a very bad photo of him on my phone. 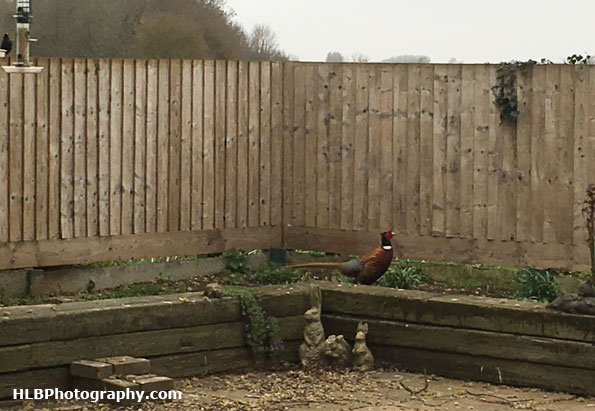 March 25th – I wanted to walk around the field this evening as it was such a lovely evening, however the farmer was fertilizing! I walked along the track towards the copse.  I wanted to see if any flowers were growing.  I found one lesser celandine and some leaves that indicated that there are others that may have already flowered.  There are some cuckoo-pint leaves and some leafy sections although at present I’m not sure what plants they are.  There will be lots common nettles again this year which will benefit the insects.  I don’t believe the copse is managed in anyway and I can only assume that the lack of varying vegetation is due to the deer who probably eat it.  There are tiny saplings growing, I’m not sure which trees they are so I need to have a closer look. 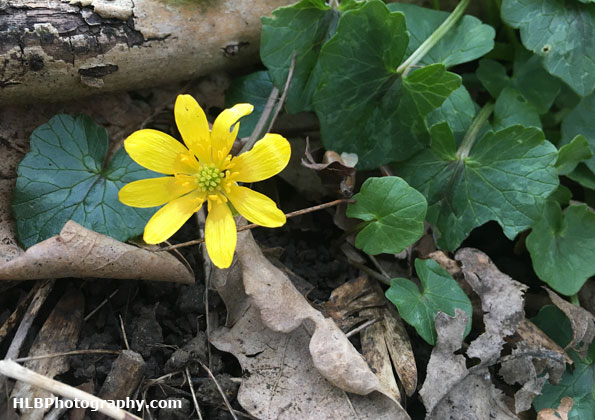 March 27th – this morning the blue and great tits were not on the feeders but looking around the shed roof and the leaves of the newly sprouting roses for more natural food sources.  There is now a pile of twigs underneath the jackdaws regular nest site so I can only assume they are refurbishing their nest, especially seeing there is a twig sticking out of the entrance hole – its looks like they have got it well and truly stuck! The twigs that have fallen on the garden floor from the goat willow have been left for them to use if they wish.

Tonight we put up two new nest boxes in the field near the house.  I am hoping we have some sparrows nest in them, but I would be happy with anyone using them to be honest.  I may have to spend some time sat in the field just watching the boxes to see if there is any activity. 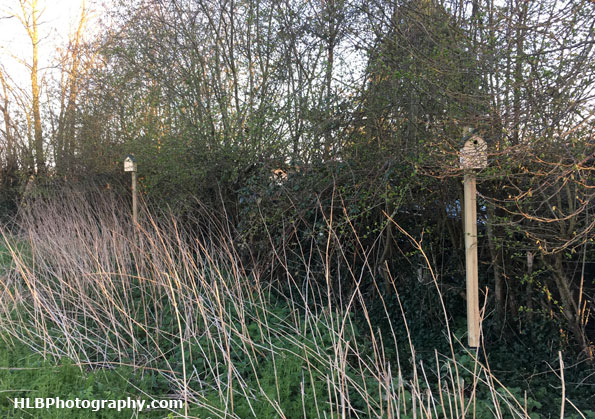 I put the trail camera out facing the wren/robin box on the side of the house, it was triggered, although I only had footage of the box with nobody entering or leaving it!  I’m guessing the trail camera won’t be much help at that nest! 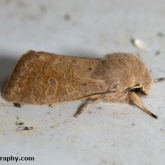 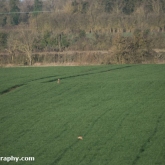 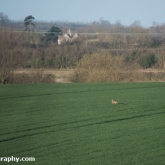 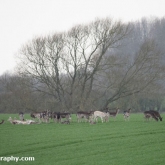 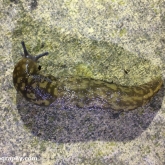 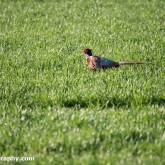 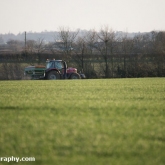 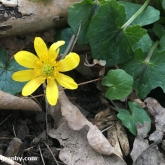 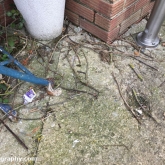 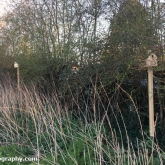